A Look at Augmented Reality for Your Retail Displays 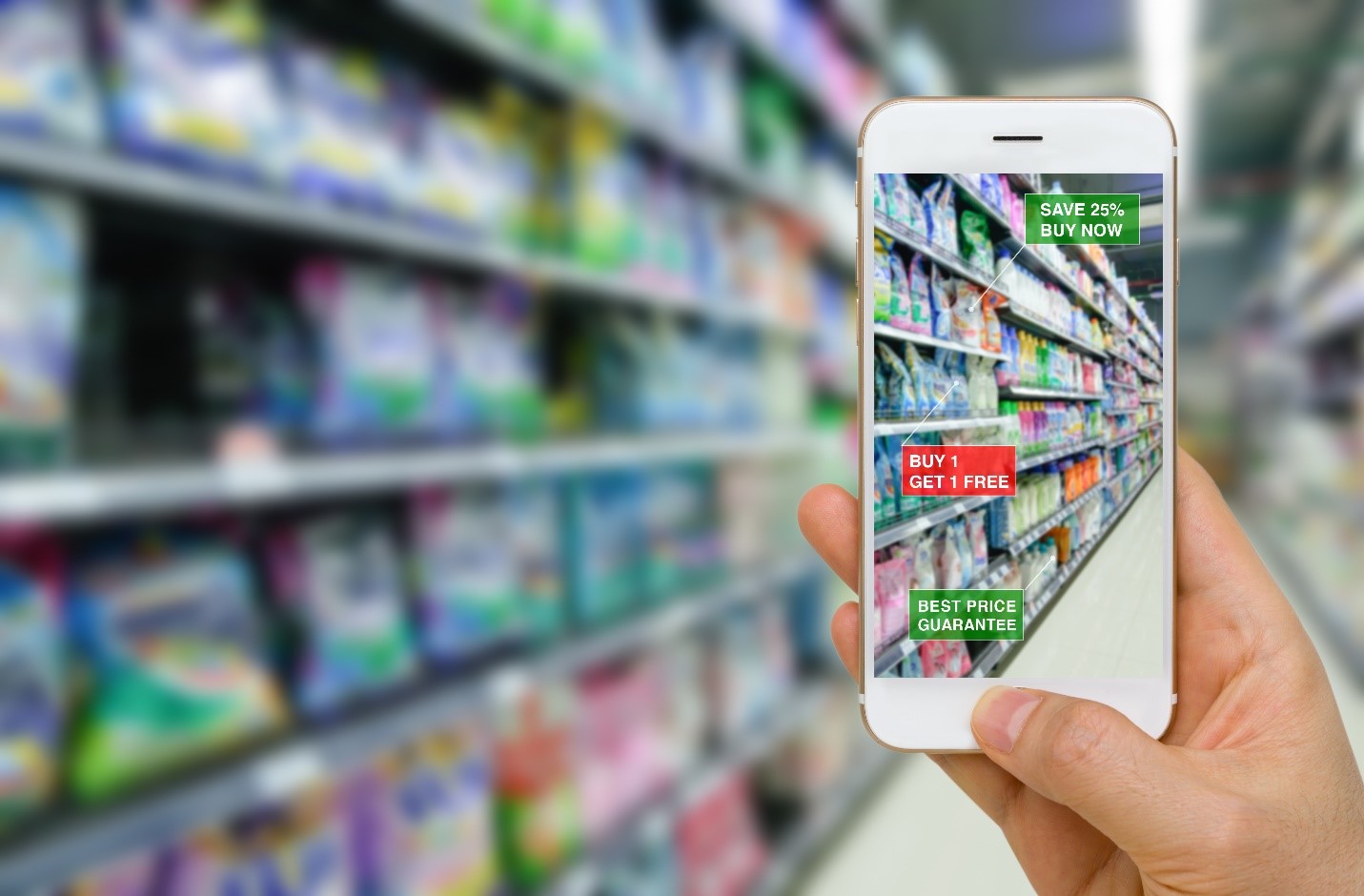 As augmented reality (AR) becomes an actual reality for use as a selling tool, are you wondering how you can incorporate this tech into your physical retail displays?

After all, industry surveys have suggested that AR will be responsible for generating revenues of nearly $120 billion by next year, 2020. Let that fact sink in for a moment.

It’s time to seriously consider how you can harness the power of AR to increase both in-store traffic and goodwill for your brand, as well as drive sales. Today’s post offers a closer look at real ways you can begin to adopt AR technology perhaps much sooner than you thought possible.

How popular will augmented reality be in retail?

A better question may be, “how popular is augmented reality in retail already?” And the answer is “quite”—especially among younger Millennial and Gen Z shoppers who tend to experience most aspects of the physical world through their smartphone screens.

As far back as October 2016, when Retail Perceptions published its “Impact of Augmented Reality on Retail” study results, a whopping 61% of surveyed shoppers reported that they “prefer to shop at stores that offer augmented reality over ones that don’t.” This may be surprising, however, as AR still seems like such a new technology.

It actually isn’t, however, and brands have been dipping their toes in the augmented reality water for commercial purposes as far back as 2008 when BMW became the first brand to offer an AR experience through an enhanced print ad.

AR is quickly getting better and more accessible

Now, it is true that AR has been relatively limited in what it can do. Until the last couple of years, it’s mostly been constrained to individual phone apps, and reliability has often been spotty.

In other words, you would have to download special software onto your phone and then engage camera functionality to interact with things like QR codes in print ads or on in-store signage—within that specific downloaded app. (Which could be branded for a retailer itself or simply be a standalone code scanning/AR app like BeeTagg or Blippar.)

Much of the time, these earlier experiences wouldn’t work as expected—slow connection speeds, outdated phone operating systems, and other errors would hamper the AR.

However, the major tech players like Apple and Google are now making better AR tech available to developers. And phones are getting ever more advanced, with better cameras and more stable operations that specifically make AR and VR (virtual reality) widely accessible to users. These capabilities are now less of a novelty and more something savvy users expect to have.

Current examples of AR in Retail

As we mentioned, AR in retail use today typically involves interacting with a smartphone app as you shop. But, there are also great examples of brands using freestanding screens in displays that allow customers to pull their eyes away from their phones and interact with the store environment around them instead. Still other experiences are hybrids, which involve both phone use and environmental interaction. These are a few of our favorites that brands are already implementing (and you can too!)

Clothing retailers like American Apparel, Topshop, and Timberland have created in-store AR experiences that allow customers to try on looks without actually having to retrieve pieces of clothing or pairs of shoes off the racks and track into fitting rooms over and over again. Instead, customers are invited to stand in front of cameras attached to large, freestanding screen displays and virtually swap out looks without having to get undressed!

Some of these virtual fitting room capabilities are actually built into “smart mirrors” that allow shoppers to compare their current look with what’s on screen. And some of the tech directly interacts with users’ smartphones (usually through the store’s own branded app) to allow them to save looks for later or buy alternative colors and styles online.

Have you ever spent time in a big box megastore wishing you had a map leading to the one thing you stopped in to buy? Lowe’s has been hearing this shopping wish for years and has recently developed just that in partnership with Google. Their new app allows shoppers to create their shopping lists and then acts as a virtual assistant in-store with wayfinding instructions and other helpful information.

These can sometimes incorporate virtual fitting room capabilities (as with the Timberland example we noted above), or they are more generally interactive in a way that piques shoppers’ interest and draws them into the store to further the experience. If you’re looking to bring more traffic through your front door, things like beacons—which ping nearby shoppers’ smartphones with enticing messaging and discounts that invite them to stop in—are great additions to your storefront displays.

Interested in Seeing What AR Can Do for Your Displays?

Here at Display Craft, we have the technology to create AR retail displays that draw customers into a memorable, immersive shopping experience. While this tech is rapidly changing, our deeply experienced custom display services team keeps up with the latest industry trends to help our valued customers realize success in driving their business into the future.

Get in touch with us today to learn more about AR retail displays and our overall capabilities. From sales management to fixture installation, Display Craft Manufacturing is your one-stop store display solutions provider.